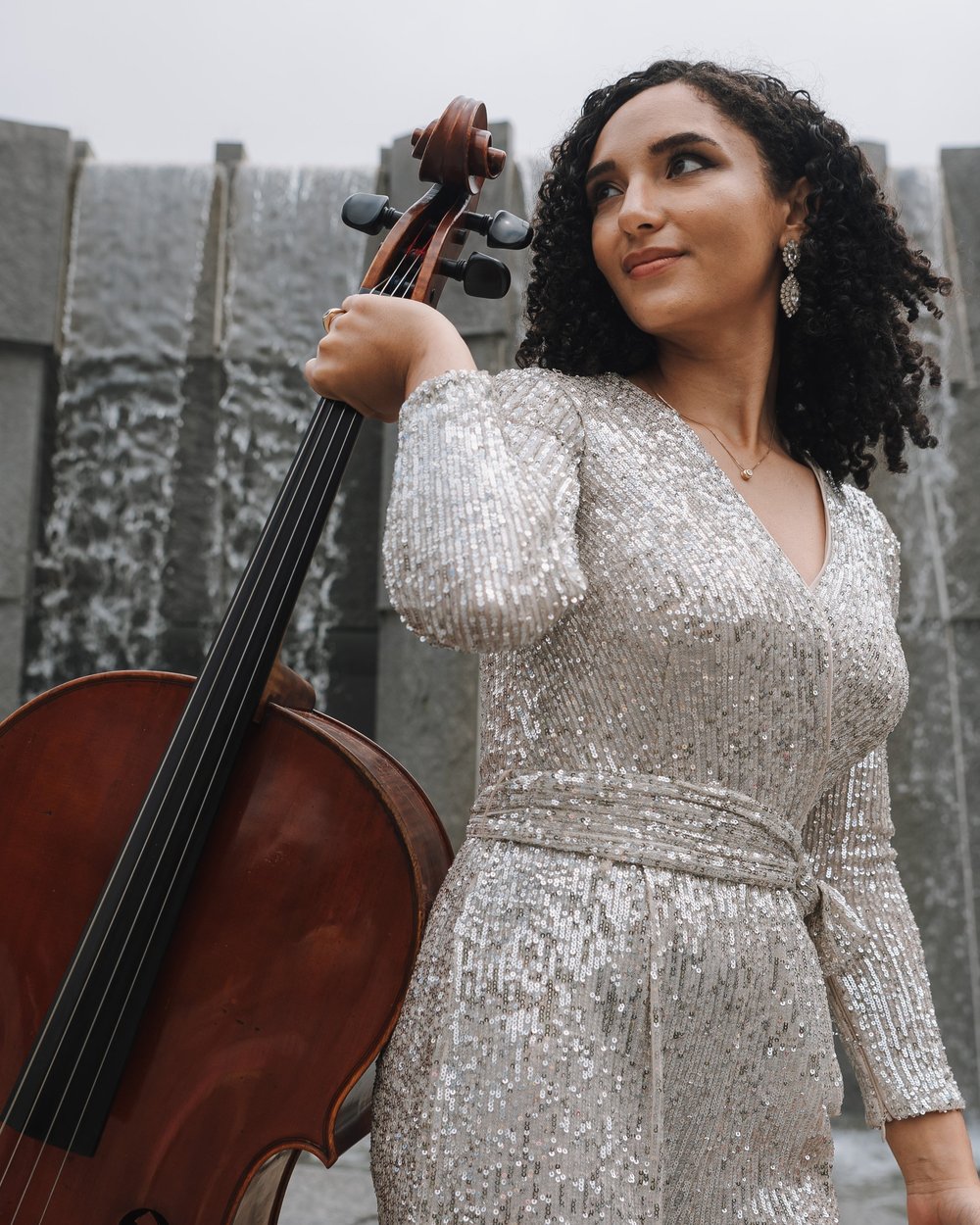 Described as a musician of “superb artistry” (Pasadena Now) who plays with “high energy and polish” (WQXR), cellist Anita Graef has earned recognition for her music making as an artist who is equally at home exploring traditional as well as contemporary works, along with a deep commitment to service, outreach and education. Notable appearances include features in Strings Magazine, as well as Carnegie Hall’s Weill Recital Hall, the Dame Myra Hess Memorial Concert series, and “Concerts from the Library of Congress.” She has also performed as a guest of various radio programs, including WQXR, WFMT, WGTE, WUOL, WOSU, WVPB, NPR and others. Ms. Graef has performed with orchestras across the United States, with recent and upcoming concerto engagements including the Louisville Orchestra, Arkansas Philharmonic Orchestra and others. Highlights of the 2022-2023 season include her New York debut with the Riverside Symphony, as well as recital appearances at the Museum of Fine Arts St. Petersburg, Ojai’s Chamber on the Mountain, the Charlotte Warner Concert Series at Kenyon College, the Nielsen Concert Series, and return appearances to “Live from WFMT” and “Temecula Presents,” among others.

As a recitalist, Ms. Graef’s appearances include the New Lens Concert Series, Chamber on the Mountain, the Speed Art Museum, the Al Ringling Theatre, Kitchener-Waterloo Chamber Music Society, Boston Court Pasadena, the Museum of Fine Arts St. Petersburg, Vesper Concerts, Round Lake Auditorium, Antigonish Performing Arts, Lyric Chamber Music Society, the Chicago Symphony Overture Council, Dame Myra Hess Memorial Concerts, “Concerts from the Library of Congress,” and live radio broadcasts including “Young Artists Showcase” on WQXR and “Live from WFMT.” Her approach to programming is fresh and innovative, mixing works from the classical canon along with those from underrepresented voices, as well as several world premieres. She also serves as the Artistic Director and cellist of the Juliani Ensemble, an inventive, multi-faceted chamber ensemble, with whom she has performed extensively both nationally and internationally.

As a passionate educator and instructor, Ms. Graef has performed and taught masterclasses at institutions such as Washington and Lee University, Kenyon College, the University of Wisconsin-Oshkosh, the University of Missouri, Grand View University, Columbia University, the University of Chicago and others. She has taught as a Youth Programs Artist for Music in May festival, as a teaching artist for GetClassical’s “GC In School” program, and has led workshops for Lyric Chamber Music Society and Mayfair Arts Center. As a writer, her work has been published in Strings Magazine, where she serves as a frequent contributor.

She was recently named as the 2022 Gheens Young Artist, an award from the Gheens Foundation which included her concerto debut with the Louisville Orchestra, as well performing, speaking and serving as an educator throughout the city. In 2021, she was announced as the recipient of the American Prize in Instrumental Performance.

Born into a family of professional musicians, Anita grew up surrounded by music. Her introduction to music began with piano studies, while beginning to study cello at age four, later making her concerto debut at the age of twelve. She went on to obtain a Bachelor’s Degree from the University of Michigan’s School of Music, Theatre, and Dance, where she studied with professor Anthony Elliott. Following this, she completed studies for a Master’s Degree at the University of Cincinnati College-Conservatory of Music, under the tutelage of Ilya Finkelshteyn.

Your gift to the Green Lake Festival of Music is crucially needed, now more than ever.

You will have the option to make your donation a recurring monthly gift; please consider doing so. Your sustaining gift will help to keep the Festival alive throughout this challenging period.